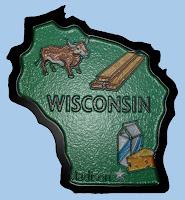 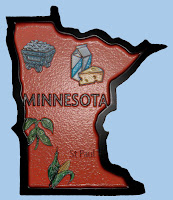 Well, we officially survived our two and a half months on the road! I’m happy to say we made it back in one piece and only managed to lose a black hat and a packet of Q-Tips along the way. Not bad really, all things considered. And, half empty when we left, by the time we got home the truck of our car was almost overflowing. I can’t say we’ll miss having to repack it almost every morning…there were some serious strategic movements towards the end trying to get it shut – mainly Joe slamming it as hard as he could.

This morning started with the last alarm clock we hope to have to set for at least a little while as we aimed to get home before the excruciating 5pm sunset. Our final hotel for the night was the Holiday Inn in Tomah, WI; picked specifically because it was a hotel we’d stayed at a couple of times before (once when forced off the road by a ridiculous snowstorm a few years ago!). We liked the idea of ending things with a breakfast at the Perkins restaurant attached. We’re nothing if not suckers for nostalgia.

After stuffing ourselves at possibly the world’s best breakfast chain, we set about finishing our drive through the cheesy state of Wisconsin. As we knew the last leg of this trip wasn’t going to be that interesting we had downloaded an audiobook to help us along. Keith Richards autobiography (read by Johnny Depp no less!) really was the only way to go…although we wished we thought of this idea sooner considering its 23 hours long! May have to plan another roadtrip just to hear the rest of it!

The drive through Wisconsin was a lot more scenic than I remember from previous trips. As we used to fly in and out of Chicago a lot during our first few years of visiting Minnesota, we used to have to do this journey in many a hire car and it was actually nice to know this time, in the comfort of our own car, that it wouldn’t end with us having to fly back to London in the very near future.

Eventually we made it back to state number one, Minnesota. Home sweet home. It was comforting to drive passed the twin cities of St. Paul and Minneapolis and know we were in familiar territory again. The only stop we made was at Best Buy because last night the battery wire for our laptop decided it was going to kill itself. In all fairness to it, I had abused it doing this blog for the past 74 days, so I could understand its decision to call it a day, but these wires cost an unreasonable $80. What you gonna do, you need it to run a laptop…but being our last major trip expense, it’s now definitely time to find gainful employment!

At about 3.30pm we arrived home. Trip over. We were worried we’d come back to a freezing Minnesota, awaiting the arrival of snow, but even though there were no more leaves on the trees, it was a nearly toasty 70F. There was a surprising amount of relief that came with pulling into the driveway and walking through the front door. A sure sense of achievement as, to be honest, when we set out we weren’t 100% sure we’d make it the whole way. We were certain we either wouldn’t be able to hack the travelling lifestyle or even hack 74 days alone together!! But we did it. We saw America.

Looking back now, having driven over 13,000 miles, it suddenly becomes clear just how insane a task this was and we really can’t believe it’s over. And while we were so happy to see our family again – and our boxes of possessions that we haven’t seen since way back on June 11th in London – there is a sadness to knowing we’re finished and have to re-enter the real world. But I personally only have one real regret from this whole time and it’s that I didn’t buy that damn seagull painting way back in Wallace, ID. That would’ve looked so awesome in our future bathroom. Never again will I allow Joe to talk me out of a bird-inspired portrait…

This was one of the best experiences of my life and I’m so grateful I got to take this trip. I’d like to thank my wonderful baby bear of a husband, who despite being grizzly at times, was the only person I’d ever want to do something like this with. I’d also really like to thank everybody that read along and also those that left comments and sent emails, we totally appreciate that you took the time and hope that you enjoyed it as much as we did!!

Finally, as a proper ending I’ve added an ‘In Summary’ page to the website mostly to help anyone thinking of doing a similar trip. Here’s the link:
http://www.fiftyfirststates.com/p/in-summary.html

So, no tomorrow…but thanks for reading!!
Ani