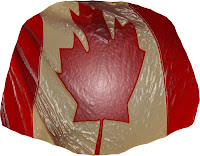 This morning was the last lay in we are going to get for a little while, so we took full advantage of this by sleeping late. In fact the reasoning behind this wasn’t just extra rest, but also lack of anything better to do. While we've enjoyed our cruise in some ways, in others we haven’t. Being stuck on a boat for a week can get slightly claustrophobia. You literally have nowhere to go and towards the end we’ve started to sleep and eat more as a way to pass time than out of need.
In an attempt to get more out of our last day I pushed Joe to do some of the activities on offer. There was a seminar teaching passengers how to make the cute towel animals that housekeeping leave in the room and I thought it would be funny to check that out. So, if you ever get an invite to our future home you can expect some kinda kooky towel animal in the bathroom no doubt!

I also insisted we partake in afternoon tea as today’s theme was cupcakes. We were still stuffed from lunch, but well, it felt rude to turn down one of the sugary treats! As you can see from the pictures, Joe was not impressed with Holland America’s version of high tea. I, on the other hand, look unimpressed not because of the tea, but at Joe turning his nose up. There’s no pleasing some people!

This evening there was one final port of call – Victoria, Canada. While our trip is all ‘aboot’ seeing America, there’s no rule that says we can’t pop in and see the neighbours.

Victoria is a quaint little harbor town with many British influences. I felt right at home, especially when we were able to find a British newspaper for sale! Despite an alarmingly high amount of homeless people wandering around, it had a very relaxed feel. Unfortunately the boat didn’t get into Victoria until 6pm, so most places were already closed and the only touristy thing to do was walk around the Legislative Building and waterfront area.

Wandering around we stumbled upon a cinema and us being us we saw a movie. It was about time too as we hadn’t seen one since leaving Minnesota! The movie was ‘Going The Distance’, not at the top of our must-see list, but it happened to be starting when we arrived. Turns out it was a pretty sweet film and if anyone can sympathise with the troubles of long distance relationships it’s us! By the time we left the cinema it had gotten dark and on the walk back through town it was cool to see the Legislative Building all lit up!

Well, on to our last night at sea as we’re back on the road tomorrow! Hurrah!

A Jopinion: ‘Keep Going That Way Dag and You’ll Have a Knuckle Supper’

After two weeks on the road, and a many night missing the things I loved about living in the UK these past 6 years – I was happy as a pig in muck to find that ‘The Mighty Boosh’ and ‘Garth Merenghi’s: Darkplace’ were on TV here in America. Now only if ‘The IT Crowd’, ‘Grand Designs’, Time Team’, and Paul Whitehouse (in any TV form) were on regularly…I might be ok. Richard Ayoade, Matt Berry, Mathew Holeness…The British Know Comedy. It makes me miss the country even more.
Posted by Ani K at 22:00