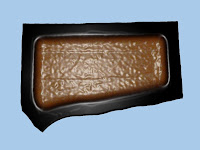 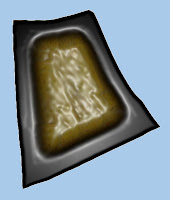 Today was a day of ch-ch-changes, as we reorganized our original schedule to make a very important meeting! We had planned to visit Fenway Park this morning, but with some super quick touring of Boston (we’ve become experts at not hanging around), we managed to fit it in yesterday and free up some time.

One thing we had always planned for today was a visit to the stepping stone of America – Plymouth Rock. Although it’s hard for me to believe anyone knows for sure, records from the time all indicate that Plymouth Rock was where the pilgrims disembarked the Mayflower and first stepped on American soil when settling here in 1620.

Since then the rock has moved around a lot it’s now only a third of the size it once was. Eventually in 1920 a structure was built to enclose the remaining intact part so that it will always sit at sea level. The seafront of Plymouth itself doesn’t seem too put out by having such a historic artefact right on their doorstep. There’s a few statues dedicated to the pilgrims and a couple of gift shops – mostly specializing in taffy – but overall it doesn’t seem to be effected by its roots…Oh wait…

…There is that odd, touristy replica of the Mayflower docked in the harbour! In 1957 the replica made the exact same voyage the Pilgrims did from Plymouth, England to Plymouth, Massachusetts. It has sat moored in the marina ever since. Luckily for the modern day version they didn’t lose half their passengers to disease like the original. Of course a lot is made of Plymouth Rock being significant, but I’m not sure why though as the English settled in America thirteen years earlier in Jamestown, Virginia…

After disembarking Plymouth ourselves we moved into the smallest state in the nation (and state number 30 for us), Rhode Island. At only 37 miles wide it doesn’t take very long to get through, but despite that it has a drastic landscape change going from industrial cities to wooded towns in a matter of minutes. Our only stop in RI though was to get gas.

We carried on into state number 31, Connecticut. Another change of today’s plans came courtesy of Connecticut, as we were originally going to stay here for the night. One of the biggest casinos in the world is here and we were curious to check it out, but for some reason the price of a room there skyrocketed for this random Tuesday night to over $300. More than a little out of our budget. Because of this we decided to keep on driving and make it back to the state of New York.

There was another reason for heading back into New York earlier than planned, we wanted to meet up with a very special friend! My BFF Dawn moved from England to NYC in 2002 and I’ve never forgiven her for deserting me and making her own personal pilgrimage to the New World (just kidding, I did forgive her…eventually). We had hoped to hang out with her tomorrow on our way through, but alas she’s moving up in the world and starting a new job then instead. Thankfully our change of hotel plans put us in prime location for dinner.

We’d chosen to skip New York City on this roadtrip because we spent last Christmas here and therefore didn’t feel like navigating its crazy traffic now that we had a car with us. But when we arrived in the city I was glad we’d figured out a way to add in an evening in the Big Apple – although I could have lived without the reminder of how much I hate the subway…strangers should never be that close to each other!

Dawn wanted to take us to a TexMex restaurant down by the seaport and her recommendation didn’t disappoint. The food was delicious and Joe even enjoyed his tiny $6 beer, I guess sometimes size doesn’t matter! Having known Dawn since we were 12 it’s always fun to hang out and now that we’re living in the same country again we’ll hopefully do it more often (even if I’ll never be able to convince her to move to Minnesota!).